The first electric shaver I ever bought was a Braun  back in 1998. Two years later, I replaced it with another Braun model I had won in a competition. Since then, I have owned a Philips shaver and a load of different Gillette razors and in the later years, Double Edge razors.

Recently, I got the chance to try out one of Brauns latest models from their utterly popular Series 5. As you may have read elsewhere on the site, I definitely prefer wet shaving over electric shaving, but for a few weeks I decided to leave the razor blades and shaving soap and use the Braun Series 5 for my shaving needs. I will share my experience in this review.

t may not be fair to compare the Series 5 shaver to my old Braun shaver from 1999. After all there must have been some development over the last 13-14 years. But in many ways this may just be the best way to judge the quality and necessity of the product.

As most other Braun shavers, the Series 5 has a double foiled shaving head with an extra knife between the two foils. This is the same technology seen in the Series 3 and 7 (but not in Series 1) – and is also similar to the head of my old Braun 6550 from 1999.

The machine itself is quite a bit larger than my old shaver, but the actual shaving head is more or less of the same size as the old model. It has however been improved in several ways, but more on that later.

The Series 5 shaver has a very nice feel, and it fits great in my hands. The handling of the shaver is perfect and it seems very well balanced. The shaving head pivots, but can be locked in several positions for better precision.

As mentioned before, I believe the shavers head is a piece of great technology. Not only does the head pivot and lock in different angles to allow increased precision but it will also lift and lower each of the foil blades individually as it pivots. This seems to work very well as it allows the knife between the foils to reach more of the thorough stubble on your chin. This particular feature is known as UltraActiveLift, and is available on several Series 5 and 7 shavers.

I often find that reviewing electric shavers can be hard and painful, as each type of shaver requires some time to get used to. But with the Series 5, I hardly experienced any rash or irritation at all. It did (as most electric shavers seem to) have some problems dealing with longer stubble underneath my chin. But a bit of extra effort in that area was enough to get the job done.

I have been testing the Series 5-030 model. It is delivered with the rather bulky Clean&Charge station. The station is a large docking station to be placed somewhere in your bathroom to store, clean and charge your shaver.

Let me start by saying that you don't have to use the station to charge your shaver. I personally prefer to just use the charging cord whenever it's needed.

The Clean&Charge station holds a cleaning cartridge, which will automatically clean your shaver while the battery is recharged. It seems to do a great job keeping your shaver clean and properly lubcricated, but I am generally not a big fan of these large charging stations. Once you have inserted the cleaning cartridge it is a hard job finding somewhere to put the station while it is not in use. It requires both the cleaning fluid and electricity plugged in to work, so you must find a good spot for it. You can of course disconnect it when not in use, but it is a bit of a
extra work.

I have to admit that I am quite fond of the Braun Series 5-050 shaver. It does a great job at what it is supposed to do, and the design is both useful and beautiful at the same time.

I may not be a big fan of the Clean&Charge station – but since it is not required for me to use it, I will just leave it in the box for now. The shaver is just as good without the station, as long as you remember to clean the shaving head every now and then.

The particular model I tested is available on the European market, but Series 5 shavers are available with different accessories and several design variations from Amazon.com and a shop near you. All Series 5 shavers use the same shaving head and technology, so the variations are only in design, display indicators and other minor details.

Overall rating 4 out of 5 stars. 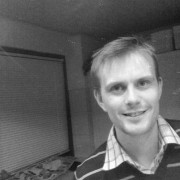 About Hans - the Shaving Detective

I am Hans the Shaving Detective, founder and owner of ShavingDetective.com.
You are welcome to follow me on Google+ or contact me via email with any shaving related questions.

This site uses Akismet to reduce spam. Learn how your comment data is processed.

On this website we use first or third-party tools that store small files (cookie) on your device. Cookies are normally used to allow the site to run properly (technical cookies), to generate navigation usage reports (statistics cookies) and to suitable advertise our services/products (profiling cookies). We can directly use technical cookies, but you have the right to choose whether or not to enable statistical and profiling cookies. Enabling these cookies, you help us to offer you a better experience.